Skip Navigation
EarningHow I turned my side hustle into a business that's brought in $20 million
SpendingSavannah, Georgia, will pay 50 people to move there
Aditi Shrikant
EarningThis mom earned $126,000 in a year teaching people to make caramel apples
Gili Malinsky
Ardyn's "Proof is in the Pumpkin" cocktail made with vodka, pumpkin seed orgeat, brown sugar, and vanilla-clove syrup.
Courtesy Ardyn

Partying over the holidays can leave you with more than one type of hangover.

Over the holidays, American consume twice as much alcohol as usual, according to a 2018 study conducted by OnePoll on behalf of the smart supplement company Morning Recovery. They spend more, too: Respondents said that from Thanksgiving to New Year's, they shell out $537 a month on social outings such as drinks, dining out, and parties.

Instead of going out and spending on craft cocktails that can cost $12 to $15, make your own specialty drink "with things you'll find in any kitchen," says Chris Burke, mixologist at Ardyn in New York City's Greenwich Village neighborhood.

Burke shared with Grow tips for making holiday drinking and hosting less expensive, and a recipe for a "Cold Fashioned" cocktail that costs $0.61 per serving.

Elevate your cocktail with kitchen staples

It's easy to elevate a cocktail with common holiday spices, says Burke. Rosemary, thyme, sage, cocoa powder, cinnamon, clove, and orange are all things you might purchase to make your Thanksgiving dinner, so adding them to a cocktail won't cost extra. Fresh rosemary, sage, and thyme are often used to season a turkey, and a 0.25-ounce poultry herb mix costs just $1.69 at Wegmans, for example.

Most grocery stores sell herbs in large bunches so it's a sure thing you'll have leftovers, he says. Cocoa powder, cinnamon, and clove are required for holiday dessert recipes. In addition, spices have a long shelf life, so you don't have to worry about them expiring, says Burke.

Another upscale cocktail add-in is orange peel. Orange zest or juice happens to be a common addition to a sweet potato casserole. Save your leftover orange rinds and use them to add scent and a high-end touch to even the most inexpensive booze.

Making beverages can also be a party trick that will impress your guests. Burke suggest using a lighter to slightly toast rosemary, an orange peel, or any spice. This will add a festive aroma and make you look like a professional mixologist.

Make a batch of drinks in advance

To save time when hosting, Burke suggests preparing a big batch of a cocktail the night before and mixing it in a large pitcher without the ice. The next day, simply pour your drink over ice and serve it to your guests with a festive garnish, such as a cinnamon stick or a rosemary sprig.

You can make a batch of Burke's "Cold Fashioned" cocktail that combines leftover cold coffee or cold brew with whiskey and traditional holiday spices like cinnamon in advance. If you want to kick things up a notch, buy an inexpensive ice mold set for around $12. You may have seen square or sphere-shaped ice in a bar or restaurant cocktail, and it's a fun addition to any drink you can easily replicate at home.

If you don't have bar equipment, you can improvise, Burke says. No shot glass? No problem. Pouring alcohol for four seconds gives you the rough equivalent of one shot. No cocktail shaker? Use a Mason jar. And using a fine mesh kitchen strainer instead of a cocktail strainer will work just fine, he says.

Being a home mixologist is easier than you think, Burke says. A little creativity will keep your costs low and your guests satisfied. 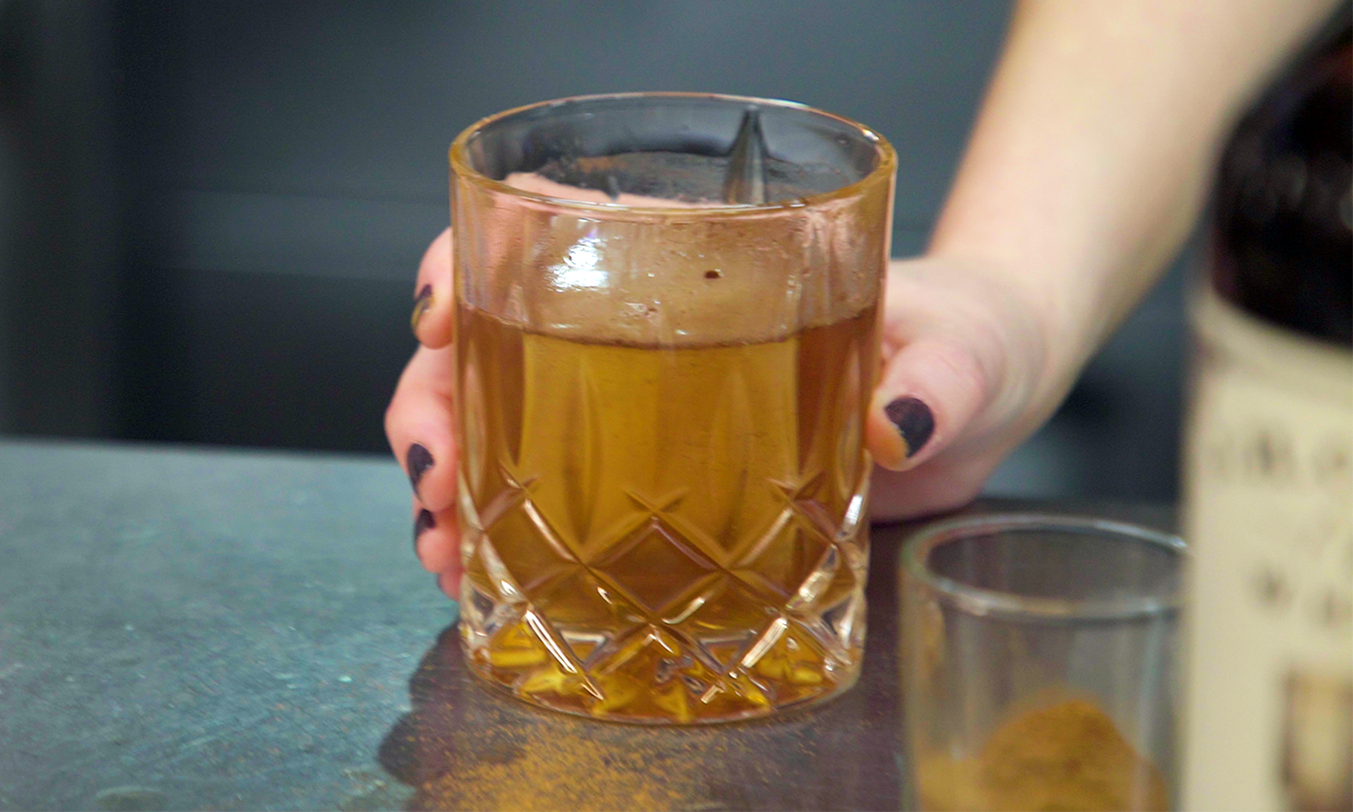 The average wedding costs $33,900; mine cost 10% of that. Here are my top money-saving tips
Natalie Zfat
We retired at 27 with $600,000 and started our dream company, thanks to these money moves
Allison Escovedo Owen
Ex-NFL player and financial expert: Just like football, reaching your financial goals is 'a game of inches'
Sam Becker
Read More

Start investing your spare change into your future and then grow with us from there. Join now for just $1 per month

Learn about the Acorns + CNBC partnership and the financial experts helping you grow your knowledge.

All investments involve risk, including loss of principal. The contents presented herein are provided for general investment education and informational purposes only and do not constitute an offer to sell or a solicitation to buy any specific securities or engage in any particular investment strategy. Acorns is not engaged in rendering any tax, legal, or accounting advice. Please consult with a qualified professional for this type of advice.

Any references to past performance, regarding financial markets or otherwise, do not indicate or guarantee future results. Forward-looking statements, including without limitations investment outcomes and projections, are hypothetical and educational in nature. The results of any hypothetical projections can and may differ from actual investment results had the strategies been deployed in actual securities accounts. It is not possible to invest directly in an index.

NBCUniversal and Comcast Ventures are investors in Acorns Grow Incorporated.